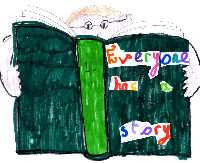 Everyone has a story to tell about their life journey, who made them who they are today and their future plans.  Leading poet and songwriter Stewart Henderson played a prominent part in a packed week of community events organised by Toton Churches called Everyone has a Story.

Stewart Henderson, described as essential reading by The Sunday Times, wrote children’s favourites ‘Who Left Grandad at the Chip Shop?’ and ‘All Things Weird and Wonderful’. He has also presented and contributed to BBC Radio 4 programmes From Our Own Correspondent, Pick Of The Week and Four Thought.

To watch Stewart in action see here, here and here

Two wall hangings that tell the story of people in the community were created during the week. More than 50 people collected squares of cloth and decorated them on a theme that is significant to them.

One of the reasons for providing this exciting week was to enable people living or working in Toton can get to know each other better. Christians believe that everyone’s life and story matters to God and seek to communicate that. So we also offered, a booklet of faith stories (Our Story) that explain how some of us have come to know God for ourselves and what He means to us today. 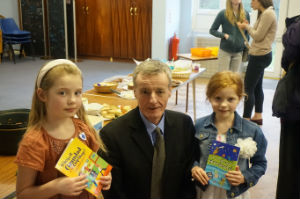 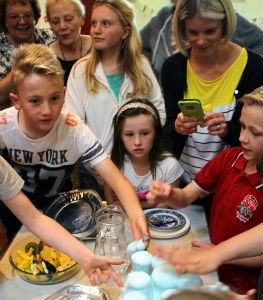 Youngsters having fun at the Everyone Has a DNA Story event led by Tom Hartman, who is a member of Christians in Science. 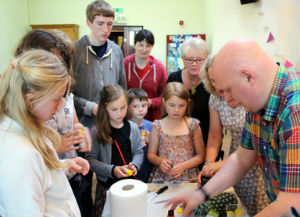 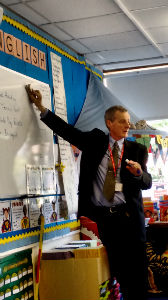 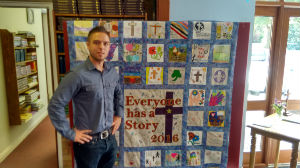 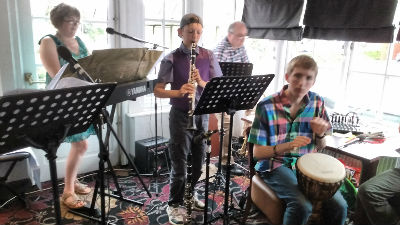 Poems,Pints and Jazz at The Manor Pub. 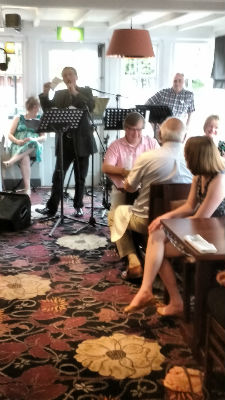 Stuart Henderson at The Manor